The German occupation forces murdered more people in the Bikernieki forest than in any other place in Latvia during the Second World War. A memorial has been located there since 2001. Over an area of 2,885 m² there are 55 mass graves of varying sizes. Even before the end of the war, a Soviet commission began to record and research Nazi crimes. It estimated that 46,500 people were murdered in the Bikernieki forest between summer 1941 and autumn 1944. However, this figure is only an approximation, because when Soviet experts began to examine the mass graves in late autumn 1944, the pits were empty.

For the removal of remains in the Baltic States, the "Sonderkommando 1005-B" was formed under the leadership of SS-Sturmbannführer (SS Major) Walter Helfsgott. He arrived in Riga with his Sonderkommando on 9 April 1944. Rudolf Lange, commander of the Security Police and the SD, placed 30 Jews from the Riga-Kaiserwald concentration camp under his command. The prisoners were chained to trees during the work and had to sleep on the spot in the open. When their strength failed, they were shot, and their bodies burned with those they had dug up. New gravediggers sentenced to death from the Kaiserwald camp replaced them. Word soon got around that no one returned from the Sonderkommando site. An estimated 300 Jewish prisoners were murdered in this way. 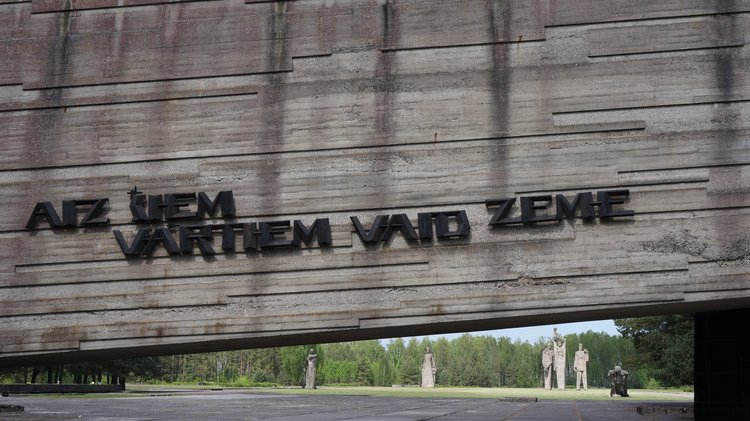 With the withdrawal of the Wehrmacht from the occupied territory of the USSR, other units of "SK-1005" were deployed in Latvia. They hurried to destroy the traces of the crimes. Although the SS tried to keep the smoke produced by the burning of the corpses near the ground with metal sheets, the black clouds could not be overlooked. In a report in May 1944, a supervisor of the security police noted: "There is a rumour in the community that the Germans are digging up the Jewish 'E' [execution] sites in great secrecy and burning the corpses. This also happened in the vicinity of Riga". The Sonderkommando "1005-B" only succeeded in burning the bodies in the mass graves in the forest of Bikernieki and around Salaspils. When the front approached Riga in September 1944, the attempts to remove all traces of the murders were still in full swing. The Sonderkommando's haste is evidenced not only by individual graves of those shot in Smerlis and Salaspils that were not reopened, but also by 60 empty oil barrels that the Kommando left behind in the Bikernieki forest.

Most of the victims were Jews. Men and women, children and the elderly were murdered indiscriminately, just because they belonged to the "Jewish race" in the minds of the National Socialists. The so-called "political" formed the second group: functionaries from the time of the Soviet occupation in 1940/41 and members of the resistance against the German occupying power. The third group consisted of Soviet prisoners of war.

The first murders in the Bikernieki forest took place at the very beginning of the occupation. At the beginning of July 1941, Jewish prisoners from the Riga Central Prison were shot. The documents of the Nazis have been preserved only in very fragmentary form. Nevertheless, they reveal that 2,300 Latvian Jews were murdered in the Bikernieki forest alone during the first two weeks of the occupation. By the end of August, the number had risen to about 6,000. It can be assumed that, in the first wave of exterminations, closer to 7,000 people were murdered. As early as mid-September 1941, the SD described the Riga prisons as almost "free of Jews". Only 172 Jews remained. 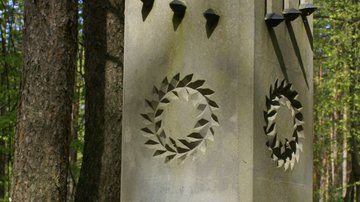 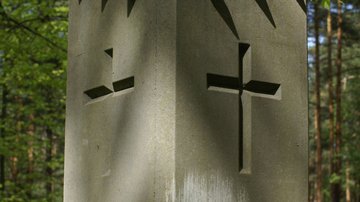 However, the tragedy of the Jews in the Bikernieki forest did not end there. The SD reports testify that, in the next three years up to the end of the occupation, another 1,000 Jews were taken from the Riga Central Prison to the Bikernieki forest and shot there. In total, therefore, about 8,000 Latvian Jews were murdered there.

Thousands of Jews from Germany, Austria and the Czech Republic were also murdered in the Bikernieki forest. According to Wolfgang Scheffler's calculation, approximately 28,000 Jews were deported to Riga. According to the data of the "Labour Office" of the Commissar General, only 11,000 of them were taken to the Riga Ghetto. About 1,000 people who died during the transport were buried at the arrival point of the trains, Skirotava railway station. About 2,000 perished in the Jungfernhof (Jumpravmuiza) camp, and thousands more men in the Salaspils camp. The rest, about 11,000 to 12,000 people, were murdered in the Bikernieki forest. The total number of murdered Latvian Jews and Jews deported to Latvia thus amounts to approximately 20,000. 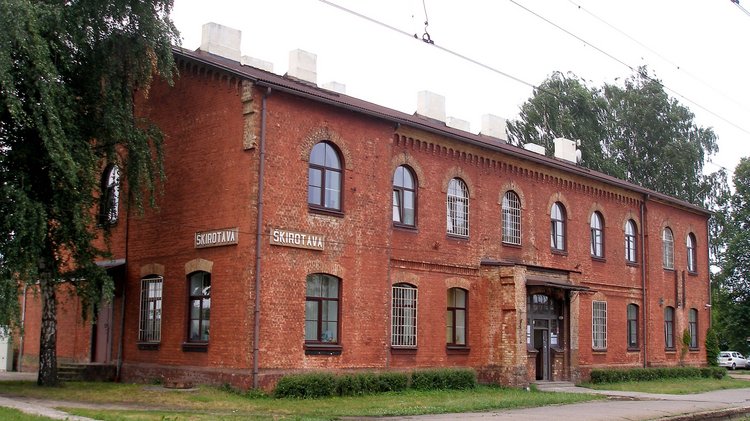 The number of other people murdered in the Bikernieki forest is much smaller. In mid-July 1944, there were only about 600 "politicals" among the prisoners in the Riga Central Prison; by September, there were 3,569. After that, the number of prisoners in the Central Prison hardly changed. Due to the regular "relief of the prison" the number of prisoners remained about the same. Edgar Anderson estimates that about 30,000 Latvians, Poles and Russians were murdered under German occupation.

Due to a typhus epidemic and the harsh winter of 1941/42, the Germans did not bring people to the Bikernieki forest for a while. For the year 1942, on the other hand, records of shootings of prisoners from the central prison in the Bikernieki forest have been preserved. They show that, between February and November, 1,319 people were murdered. In 1942, and especially in 1943, the composition of the prisoners in the Riga Central Prison changed. The Soviet functionaries had already been shot or deported to Salaspils in 1941/42 or had died in prison.

After that, those imprisoned were mainly people who were active in the underground and had supported partisans or helped prisoners of war. They appeared to the National Socialists as particularly dangerous. They were also murdered in the Bikernieki forest. The lawyer Munkevics, who had been arrested in the summer of 1941, tried to keep a list in which he noted the names of those who were taken away to be shot. According to this list, approximately 5,000 people who had previously been imprisoned in the Riga Central Prison were murdered in the Bikernieki forest during the entire period of the German occupation. This number seems suitable as a "working hypothesis".

How many POWs were buried in the Bikernieki forest can no longer be determined exactly. When the pits were opened after the end of the war, all that was found there was ashes and black, half-burned corpse remains caked with diesel oil. It was certainly thousands, but not tens of thousands, as is often claimed. All events in the Bikernieki forest were under the control of the SD. The POW camps, on the other hand, were under the control of the Wehrmacht. The SD would not have allowed the "competing" department to occupy too large a part of its territory. All in all, it must be assumed that the number of POWs buried in the Bikernieki forest was definitely not greater than 10,000 and the total number of victims murdered there, and the number buried there, did not exceed 35,000.